Welcome to The Joint Chiropractic - Holladay! As your Millcreek chiropractor dedicated to family chiropractic and spine health, we invite you to join the millions of Americans who have not only found relief from lower back pain, sciatica pain, and migraines, but also a pathway to wellness with chiropractic's natural, drug-free approach to healthcare.

How can chiropractors at The Joint Chiropractic in Millcreek help you?

Whether you have seen a chiropractor in the past or are seeking a local chiropractor near you for the first time, expect your visit to The Joint Chiropractic - Holladay to be different from any healthcare experience you've had before. Perhaps even life-changing.

Here are a few reasons why The Joint Chiropractic in Millcreek is your perfect destination for pain relief and preventative care:

So whatever “symptoms” you or your family may be experiencing, visit our Millcreek chiropractic office today to learn more about how you could improve your overall health and well-being. And remember, you never need an appointment to visit, so stop in when it is convenient for you. We look forward to seeing you soon!

Dr. Martin has had multiple episodes of intense low back pain, starting in his late teens. After learning about and receiving chiropractic treatments for the first time at age 19, he has had a passion for chiropractic care ever since.

He and his lovely wife have been married for nearly 10 years, and have three children together.

Often utilizing his larger size, Dr. Martin employs a conglomeration of Diversified, Gonstead, Thompson, Activator, and ART techniques to execute treatments. While he usually falls on the more scientific side of the chiropractic spectrum, he is open to and eager to learn about methods which consistently produce results.

Dr. Anthony Simone is a graduate of Life University, in Atlanta Georgia, where he earned the Doctor of Chiropractic degree in 2007. Dr. Simone has a strong passion for excellence and a concierge-style approach when treating his patients. Dr. Simone has a well rounded education and has successfully completed rigorous national board examinations with outstanding marks. Dr. Simone is highly experienced in treating many types of injuries and utilizing correctional rehabilitation. He regularly attends workshops and post-doctoral seminars to better serve his patients.

Dr. Simone has been a speaker /presenter at the Morehouse School of Medicine, the Georgia Department of Human Resources, The Centers for Disease Control (CDC), as well as countless community, school and corporate events.

He has had the opportunity to work with many major celebrities and leading industry CEO's. He has been credited in "The Chiropractor's Healthbook" (1997; Random House/Crown publishing) for research and preparation. As a licensed Chiropractic Physician, he is extremely patient centered and focused on getting results. Dr. Simone has strong experience treating a variety patients of all ages.

In his free time he enjoys writing, attending concerts, skiing, and cooking.

Dr. Farnsworth graduated Chiropractic school at Texas Chiropractic College in 1986. He attended BYU premeditated 1981 to 1983 and graduated High in Beaver Utah in 1977.

He enjoys Utah and the Hiking, Biking and Skiing found here. He loves being outdoors in Utah. He enjoys local college sports, and Time with his Wife.

Dr. Donald Miller is a graduate of Life West Chiropractic College, In Hayward California. He has studied many different chiropractic techniques and has a huge passion for helping people not only with their pain but supporting them with their active lifestyles. Dr. Miller understands that everyone deals with stressors, his goal is to support the body so there is no negative physical response to those stresses.

Dr. Miller is married to his high school sweet heart, Amanda and they have 2 kids together. They have a son, Landyn and a daughter Ryann. Dr. Miller enjoys being outdoors and on the golf course during his free time.

By Donna StarkHas chronic pain caused a friend or family member to retreat into their own little world? Or is it you who has experienced a significant drop in activity levels because your body hurts so …

A Healthier Spine for Improved Wellness

By Donna StarkHow many times a day do you stop to think about your spine? If you are like most people, you probably don't stop very often at all, do you? Because as long as you can get through your day … 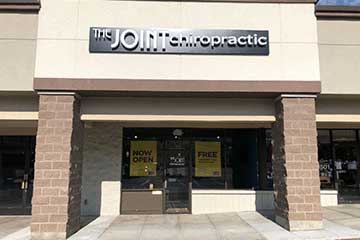 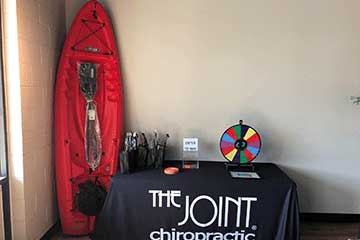 This clinic is owned and operated by Texas Rose III, LLC

Make Your Holiday Gift List a Safety Bonus This Year

How to Make Friends (No Matter How Old You Are)

By Dr. Molly Casey Whether you are a weekend warrior, a regular athlete, or you only engage in exercise …