By The Joint Chiropractic 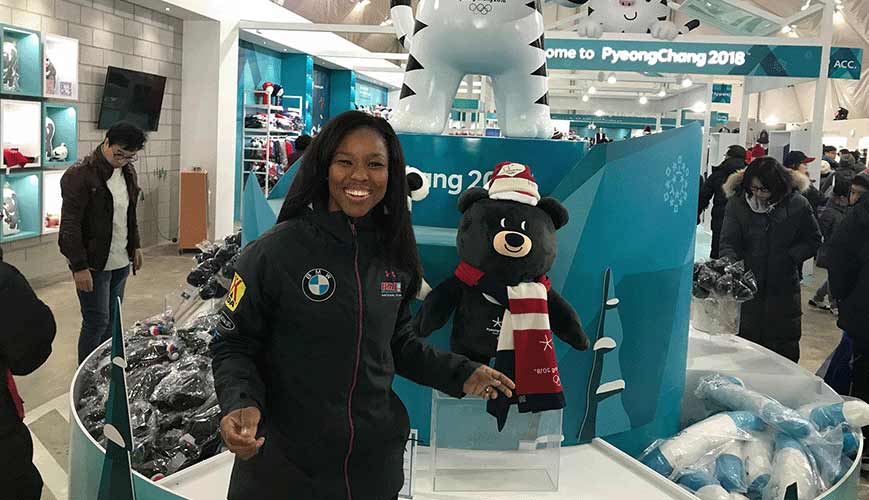 When Sable Otey pictured her Olympic dreams, it was always in track and field. Instead, those dreams were realized at the 2018 Olympics in South Korea where she joined the U.S. Women’s Bobsled team.

Otey made the team earlier this year after months of training. While she didn’t compete in any events, she served as part of the development team, which provides support by helping transport equipment and replacing injured athletes.

“It has definitely been a blessing, being able to be here, witnessing it all,” she said of attending the Winter Olymics. “While we would all would have liked to race, there could only be two brakemen and two drivers represent our country. They performed well. It was both exciting and emotional at the same time.”

She did make history, though, as the first African-American mother on the U.S. Women’s Bobsled team. Motherhood is also what sidelined her from competing in the 2012 Summer Olympics in track and field. When a relative suggested giving bobsledding a try, Otey, now 31, jumped at the chance. She serves as the brakeman on a two-person team.

“Having that technical background in track and field...that has played a major role,” Otey said. “You find yourself having to use some of those same techniques while trying to push the sled.”

One of Otey’s sponsors is The Joint Chiropractic - Memphis, a partnership that comes in particularly handy when your spine endures the rigors of pushing a sled, jumping aboard, and striving for gold on the world stage. 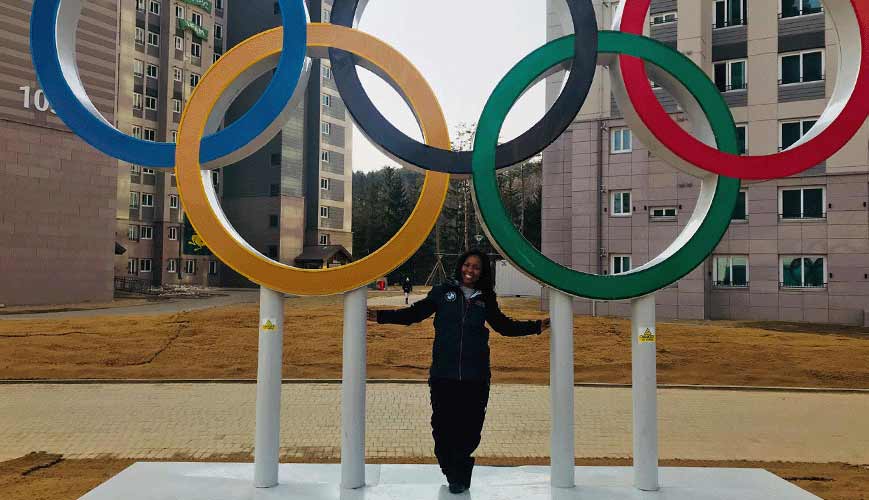 Dr. Patrick Kolwaite, owner and practitioner of two The Joint Chiropractic locations in Memphis (Wolfchase and Collierville), has also become an important part of Otey's recovery. He and his team at The Joint in Memphis have been cheering on Otey from afar.

"We are so proud of and excited for Sable,” Dr. Kolwaite said. “We can't wait to celebrate her return back home. As great of an athlete that she is, one of the finest in the world, she's an even more amazing young lady. There's not a better person to represent not only the USA to the rest of the World, but our hometown of Memphis, as well.”

Otey grew up in the Memphis neighborhood of Binghampton, one of two children to Tamara Otey, a single mother who's now an Assistant Professor at Goldfarb School of Nursing at Barnes-Jewish College in St. Louis. Otey ran track at Memphis East High School and, shortly after graduating, married her high school sweetheart, Reuben, who had joined the Navy.

Reuben was transferred west to San Diego, where Otey continued competing in track and field, first at Mesa Community College in 2007, then at Cal State San Marcos in 2008, where she became an NAIA All-American while specializing in the seven-event heptathlon.

Otey was good enough to earn a partial scholarship to George Mason University in Virginia, where she won a Colonial Athletic Association title in the heptathlon in 2010, thanks to wins in the 400 meters, 800 and 100 hurdles.

Her track and field career continued to spike even after graduation. Running unattached in 2011 at the nationally renown Mt. SAC Relays in Walnut, Calif., she posted a lifetime-best score in the heptathlon of 4,953 points, aided by a personal-best wind-legal time of 14.08 seconds in the 100 hurdles (she ran a wind-aided time of 13.82 the following month at the Occidental Invitational in Eagle Rock).

Otey seemed well on her way to earning a spot in the Summer Olympic trials the following year, but then learned she was pregnant and was forced to curtail her training.

Otey couldn't bare to watch the 2012 Olympics in London, instead turning her attention to training other athletes, as well as furthering her education by earning a master's degree in education at National University in 2013.

Otey and her husband headed back to Memphis with their baby boy, Amar'e, where she landed a job as a health and physical education teacher at a local elementary school. Otey figured that would be her life moving forward, but then the chance to be a bobsledder reinvigorated her Olympic hopes.

In February, she traveled to PyeongChang, South Korea with the U.S. Women’s Bobsled Team, and it’s been a dream come true. Once she returns to Memphis, she’ll be back in The Joint, getting her regular adjustments.