Welcome to The Joint Chiropractic - Thousand Oaks CA! As your Thousand Oaks chiropractor dedicated to family chiropractic and spine health, we invite you to join the millions of Americans who have not only found relief from lower back pain, sciatica pain, and migraines, but also a pathway to wellness with chiropractic's natural, drug-free approach to healthcare.

How can chiropractors at The Joint Chiropractic in Thousand Oaks help you?

Whether you have seen a chiropractor in the past or are seeking a local chiropractor near you for the first time, expect your visit to The Joint Chiropractic - Thousand Oaks CA to be different from any healthcare experience you've had before. Perhaps even life-changing.

Here are a few reasons why The Joint Chiropractic in Thousand Oaks is your perfect destination for pain relief and preventative care:

So whatever “symptoms” you or your family may be experiencing, visit our Thousand Oaks chiropractic office today to learn more about how you could improve your overall health and well-being. And remember, you never need an appointment to visit, so stop in when it is convenient for you. We look forward to seeing you soon!

Dr. Aaron Shakarian, D.C. began as an All-State Athlete and went on to play college football during his undergraduate program at Grand Valley State University in Michigan, which recently became the winningest program in college football history. He was inspired to pursue the profession of chiropractic after experiencing relief from multiple sports injuries and went on to graduate with honors from Life University in Marietta, GA with his Doctor of Chiropractic degree.

After graduation Dr. Shakarian opened private practices in his hometown of Livonia, MI and then Beverly Hills, CA where he was also an on-call doctor for TV and movie productions. When his first daughter was born, Dr. Shakarian decided to sell his Beverly Hills practice and relocate to family-friendly Chandler, AZ. His first year in AZ was spent working for The Joint Chiropractic’s corporate office and he believed in the brand so much that he purchased multiple franchises in the greater PHX market!

Over the years of Dr. Shakarian’s vast experience he has perfected multiple techniques to relieve those suffering with upper and lower back pain, neck pain, sciatica, severe migraines, vertigo, arthritis, sports injuries and several other ailments. He frequently treats patients of all ages who range from infants to senior citizens.

When Dr. Shakarian isn’t educating the community on the benefits of chiropractic care, he’s busy working out at the gym, golfing, and enjoying every sunny AZ day with his wife, Stacie and their two young daughters.

The Joint Chiropractic welcomed Dr. Alex Choi to its family of local healthcare providers in 2020 when he joined the Thousand Oaks clinic location, where he continues to do the work he loves in the local community.

“I find that helping those in need get back to doing the things they love through chiropractic is the best thing about being in this field,” he says. “I love that chiropractic is a hands-on approach to medicine that is noninvasive.”

A product of Ventura County, Dr Choi has worked previously in Westlake, Northridge, and Venice.

When he’s not working, Dr. Choi enjoys watching and participating in sports, but he also finds satisfaction in continuing to grow and develop as a chiropractor through off-the-clock research.

He earned a bachelor’s of science degree from California Lutheran University in exercise science before earning a doctorate in chiropractic from Southern California University of Health Sciences.

“I suffered through various sports injuries during track and field, and I went to a chiropractor who helped me get back on my feet and running,” Dr. Choi says. “Growing up, I always knew I liked to help others and my experience with chiropractic was, without a doubt, what made me realize that chiropractic was my calling.”

Dr. Choi says the one thing he always keeps stocked in his refrigerator is Chobani brand yogurt “because it’s a healthy and tasty snack.”

If he could bring together any four people from history for the dinner party of his dreams, Dr. Choi would send invitations to an interesting group of varied industry leaders. “As a huge Lakers fan, Kobe Bryant would be a definite choice,” he says. “Jeff Bezos, the CEO of Amazon, because I would love to pick his brain as the entrepreneur of a global company. As a fan of martial arts and Bruce Lee, I would enjoy conversing with him about martial arts and philosophy. And last but not least, I would include Dr. Seuss for his creative writing and illustrating that captivated me as a child.”

The coolest thing he has ever done, he says, was travel to South Korea: “The majority of my family lives in Korea. It has always been near and dear to my heart and will be forever.”

Dr. Lisa Huebner​ became part of The Joint Chiropractic’s team of local healthcare providers in 2018 when she began serving residents in the 805 area code, where she continues doing the work she finds so rewarding.

“The best thing about being in the chiropractic field is having the ability to help people’s bodies heal from the inside out,” she says. “It’s a natural approach to healthcare. No drugs. No surgeries. No shots. Realigning the spine to help the body restore proper function and heal through our knowledge and hands is extremely gratifying.”

Dr. Lisa, as her patients call her, was born in Santa Barbara and grew up in Thousand Oaks; she has worked previously in Goleta, Montecito, Simi Valley and Ventura.

She is married to an IT professional in a family business in Oxnard and they have a young son and daughter. When they aren’t doting on their French bulldog Ruby or their 18 chickens -- and all of them have names, including Thelma and Louise -- Dr.Lisa enjoys baking, working out, listening to audiobooks, and going to the beach as a family.

Dr. Lisa earned her bachelor’s degree in exercise science and sports medicine, with an emphasis on human performance, from California Lutheran. She then earned her doctorate from the Palmer College of Chiropractic West Campus in San Jose.

“I knew I wanted a career in healthcare when I started college,” Dr. Lisa says. “A man from my church was a chiropractor and my dad suggested shadowing him. When I did, I was amazed with what chiropractic care was and how it helped people, how someone’s hands could help restore health. I shadowed the doctor for months and eventually worked for him my last two years of college before entering chiropractic school.”

Dr. Lisa says the one thing she always has in her refrigerator is cheese: “It can go on practically anything! It’s good for quesadillas, grilled cheese, burritos, tacos, sandwiches -- you can’t go wrong with cheese.”

Her perfect dinner party with any four people from history would include author J.K. Rowling, first lady Michelle Obama, and television personalities RuPaul and Ellen DeGeneres “because these four are intelligent people with different backgrounds and good senses of humor.”

Dr. Lisa says the coolest thing she has done was a two-week trip to the birthplace of the Renaissance. “I visited my best friend in Florence during winter break and we traveled all around Italy,” she says. “It was great to visit beautiful places such as the Sistine Chapel, fashion capital Milan, and the leaning tower of Pisa -- all the while eating amazing food and touring beautiful sites and museums.”

Stars Based on 2 Reviews

By Brandi Goodman Nutrition Month in March is excellent motivation to stay on track with your healthy eating habits. Even if you aren't planning on continuing all of these habits during the remainder …

Create a Happy Space for Your Mental Health

By Brandi Goodman Your mental health can quickly take a toll. Whether something significant occurred that left you feeling down, or the stress has taken over, your mind can become far more fragile than …

Why You Need Chiropractic During the Holidays

By Brandi Goodman The holiday season brings on added stress. The cold sets in. Illness strikes. There's a lot added to your already-full plate. For these reasons and more, it's important to add chiropractic … 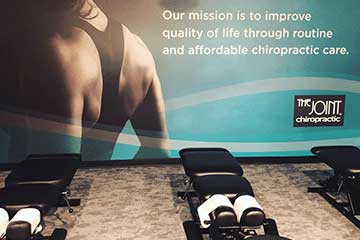 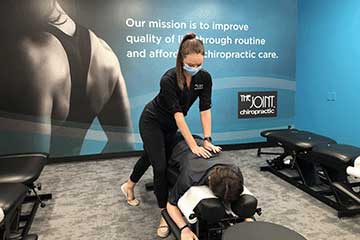 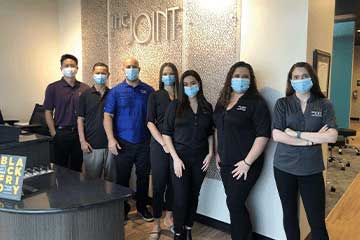 This clinic is owned and operated by Shakarian Chiropractic Corporation and managed by SJV Thousand Oaks, LLC

By Dr. Molly Casey Knowing what action to take when an injury occurs can be tricky -- what do you do, …