Welcome to The Joint Chiropractic - Pelham! As your Greenville chiropractor dedicated to family chiropractic and spine health, we invite you to join the millions of Americans who have not only found relief from lower back pain, sciatica pain, and migraines, but also a pathway to wellness with chiropractic's natural, drug-free approach to healthcare.

How can chiropractors at The Joint Chiropractic in Greenville help you?

Whether you have seen a chiropractor in the past or are seeking a local chiropractor near you for the first time, expect your visit to The Joint Chiropractic - Pelham to be different from any healthcare experience you've had before. Perhaps even life-changing.

Here are a few reasons why The Joint Chiropractic in Greenville is your perfect destination for pain relief and preventative care:

So whatever “symptoms” you or your family may be experiencing, visit our Greenville chiropractic office today to learn more about how you could improve your overall health and well-being. And remember, you never need an appointment to visit, so stop in when it is convenient for you. We look forward to seeing you soon!

Dr. Luiz Campos D.C. was born and raised in São Paulo, one of the largest metropolitan cities in Brazil. In 1999 he came to the United States as an exchange student where he graduated from Hillcrest High School. He immediately proceed on a long journey of studies in the major Colleges and Universities in the update of South Carolina. He earned an Associate Degree in Science from Spartanburg Technical College, Bachelor’s Degree in Biology from USC Upstate, and finally a Doctorate of Chiropractic (D.C.) Degree from Sherman College of Chiropractic (2012). Dr. Campos is certified by the National Board of Chiropractic Examiners (NBCE) and licensed to practice in the state of South Carolina.

Dr. Campos strongly believes in the importance of regular chiropractic care to maintain spinal health and to remove interference to the nervous system. Therefore, improving the immune system and allowing the body to heal itself.

As a South Carolina resident, husband and father of two beautiful children, Dr. Campos takes advantage of all the wonderful opportunities the upstate has to offer. Including spending time with his family and participating in activities such as soccer, golf, walking and hiking.

Dr. Gregory N. Dixon became part of The Joint Chiropractic’s team of local healthcare providers in 2021 when he began serving residents in the Spartanburg area, where he continues doing the work he finds so gratifying.

“I enjoy working with, and helping, people who are in need of help,” he says.

Dr. Greg, as he is known to patients, is a product of Missouri, where his father was a chiropractor; holistic health was “a huge part” of his life while growing up. He worked previously in Ninety Six, S.C.

When he’s not with Sully, his German shepherd, he enjoys yoga and jogging.

He earned his doctorate of chiropractic from Cleveland University-Kansas City. It was no surprise that he became a chiropractor. “My father was a chiropractor and I learned at an early age the importance of chiropractic care,” he says. He remembers a particularly profound story of his experience: “A lady who was having difficulty conceiving came in for treatment and, after about three months, she came back and was expecting.”

Dr. Greg says the one thing he always has stocked in his refrigerator is cold water: “It keeps you hydrated, and water’s what the body consists of.”

If he could bring together any four people to the table, Dr. Greg would sit down with Jesus, Buddha, Gandhi, and Dr. Martin Luther King Jr. “They were all considered very principled people in their beliefs, and as chiropractors, we are very principled in our beliefs,” he says.

A book that provided Dr. Greg a powerful personal message was The Power and Biology of Belief by Bruce Lipton. “It proved to me the power of the mind and how you can overcome anything,” he says.

If he could give advice to anyone, it would be the same that came from his parents: Always remain honest and humble. “It will take you a long way in life,” Dr. Greg says, “and you won’t go wrong.”

Dr Urban was born and raised in Bavaria, Germany (Regensburg 1 hour NE of Munich) and attended and graduated Physical Therapy school before relocating to the US in 2012. He graduated from Sherman College of Chiropractic in Spartanburg, S.C. in June 2022. His chiropractic techniques include Diversified, Gonstead, and Thompson. Dr. Urban's first and only job so far as a chiropractor is The Joint in the Greenville- Spartanburg S.C. area. He joined The Joint 8/1/22. He says the best thing about being in the chiropractic field is being a part of the patient’s recovery, witnessing the progress as they progress through care, and making a personal connection with the patient.

Dr. Urban's hobbies include traveling, hiking, trail running, yoga, and growing food. Sarah Primeau is his spouse and together they have 2 kids, Ryder 11 and Grace 9 and two pets, King (cat) and Myles (dog) who love and hate each other. Some foods Dr. Urban always need to have in the house at all times are, coffee, garlic, cheese, and pasta. The perfect dinner party would have to include Arnold Schwarzenegger, Michael Jordan, Dwayne “The Rock” Johnson, Charlize Theron, and Leonardo DiCaprio (some of my favorite celebrities that seem humble, grounded and dominate their fields). Dr. Urban says "one of the coolest most memorable things I’ve ever done was hiking over the alps from Munich, Germany to Venice, Italy in 28 days."

Stars Based on 34 Reviews

Read what our amazing chiropractic patients have to say about our chiropractors and care at The Joint Chiropractic - Pelham in Greenville, SC

Chiropractic Care Offers Confusion-Free Pain Relief
By Donna StarkIf you have been suffering from back pain for longer than a day or two, you are probably on the hunt for an effective way to ease the pain. Unfortunately, the search for pain relief can …
3 Ways Chiropractic Can Impact the Public Health System
By Chris BrownIn 2018, following a clinical shadowing of four international environments, upper-level chiropractic students met to identify three main ways in which chiropractic could be better utilized …
Visit Your Chiropractor for Lower Back Pain Relief
By Stephen R. FarrisYour core is basically the central power station for your entire body. Without a strong core, your body would have difficulty doing some of the simplest things such as standing up …
What is Plantar Fasciitis?
By Madhusudhan TammisettiOne of the well-known causes of heel pain is plantar fasciitis, and many people suffer from it, but it's more prevalent among runners and overweight people.The plantar fascia …
Pinched Nerves Are the Worst!
By Donna StarkAlthough there are some similarities, a pinched nerve is definitely not the same thing as someone who is getting on your nerves. Sure, they can both appear at the worst times and "annoying" … 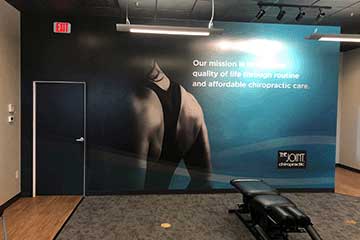 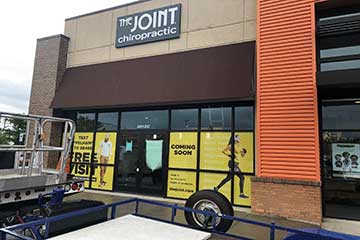 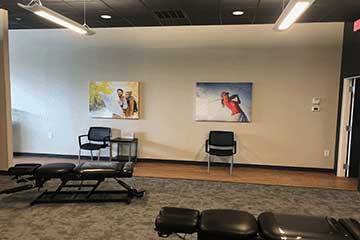 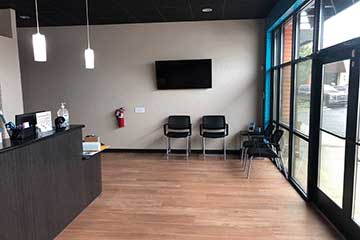 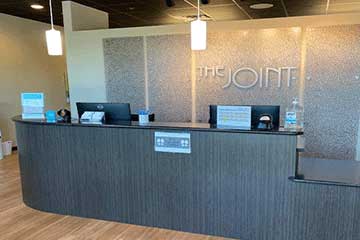 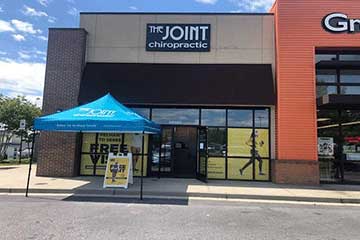 This clinic is owned and operated by Pelham JT, LLC

12 Months to Better Health: Journaling to Create an Attitude of Gratitude

Annoying Relatives? The Antidote is Preparation, Canned Answers, and Boundaries

By Marth Michael The holiday season brings with it a merry mix of bright lights and cheerful reunions, …

The 150 Top Franchises for Veterans

Original article published by Entrepreneur, October 1, 2022 The Joint Chiropractic ranks at #92 on Entrepreneur's …

October is National Chiropractic Health Month, and Dr. Steve Walburn, DC and Clinic Director at The …