Welcome to The Joint Chiropractic - Greater Hobby! As your Houston chiropractor dedicated to family chiropractic and spine health, we invite you to join the millions of Americans who have not only found relief from lower back pain, sciatica pain, and migraines, but also a pathway to wellness with chiropractic's natural, drug-free approach to healthcare.

How can chiropractors at The Joint Chiropractic in Houston help you?

Whether you have seen a chiropractor in the past or are seeking a local chiropractor near you for the first time, expect your visit to The Joint Chiropractic - Greater Hobby to be different from any healthcare experience you've had before. Perhaps even life-changing.

Here are a few reasons why The Joint Chiropractic in Houston is your perfect destination for pain relief and preventative care:

So whatever “symptoms” you or your family may be experiencing, visit our Houston chiropractic office today to learn more about how you could improve your overall health and well-being. And remember, you never need an appointment to visit, so stop in when it is convenient for you. We look forward to seeing you soon!

My name is Dr. Ben Sheehan, but I don’t mind patient calling me, Dr. Ben. I began with The Joint in 2018. I am currently working at Greater Hobby. We recently just opened Greater Hobby and I am the Clinic Director.

I graduated from Texas Chiropractic College in 2015 where I also received my degree in Biology. Second best thing about being in the chiropractic field (full quote): Showing those skeptic/sarcastic patients whose spouses force them to come over pain of sleeping on the couch that Chiropractic isn’t placebo. What I love about The Joint is the fact that the care is affordable and gives the ever-expanding lower class access to what is increasingly expensive and out of reach care. The Joint is filling the gap.

In my off time I enjoy golfing, walking my dog, training, reading history, and trading. Josephine is my wife. She is an Advanced Practice Provider for TCH working in 2 units that are both top ranked in the world. We have 2 cats (Andy Bernard and Wee Kitty) and a dog, Toby. Andy is a big cat; Wee Kitty is a Russian Blue. Toby is a Japanese Spitz and does no wrong.

Dr. Roy Flores joined The Joint Chiropractic network of healthcare professionals in 2014 and is currently at the Clear Lake clinic. He completed his Bachelor of Science in Human Anatomy in 2002 and his doctorate from Texas Chiropractic College in 2004. Dr. Flores also received certification for Manipulation under Anesthesia in 2009 and became a Certified Chiropractic Sports Practitioner in 2013.

In 2015, Dr. Flores was named by Texas Monthly Magazine as a Five Star Chiropractor.

Dr. Flores has been a golf enthusiast his entire life and even as a youngster working as a bag boy, would hear golfers complain that back injuries and joint pain was keeping them from enjoying the game of golf. He decided then that “he wanted to be the kind of doctor who would help people maintain optimal health and maintain an active and healthy life style even in their older years.”

Dr. Flores is a native Houstonian. It is no surprise that he enjoys playing golf in is spare time. He also volunteers his time teaching young adults the proper techniques of golf in order to help promote physical activity in our younger generation. He also enjoys spending time with his wife Linda, his pets and extended family; traveling and watching Texas professional sports teams.

“One of the most rewarding things about being a chiropractor is the ability to take a patient who comes to you in extreme pain and giving them the ability to return to the things in their life they were unable to do because of the pain. I also enjoy educating my patients on the numerous benefits of chiropractic care and how getting routine adjustments can enhance a healthy and active lifestyle. I really enjoy my patients of all ages!”

Dr Flores has considerable experience in treating high school and professional athletes as well as infants, pregnant women, and the elderly. He considers it an extreme privilege when gets to know and treat an entire family which includes the parents, the children and even the grandparents.

Dr. Kegan Lepretre joined The Joint Chiropractic family of local chiropractors in 2018. A graduate of Louisiana Tech with a bachelor’s degree in kinesiology, he received his doctorate of chiropractic from Texas Chiropractic College.

“The most gratifying thing about being in the chiropractic field is that I am able to help patients out of pain in a natural way,” he says. “I love being able to help in a hands-on way.”

In his spare time, Dr. Lepretre enjoys cooking and doing small projects around the house with his wife Bethany, their border collie Zoe, and basset hound mix Traeger.

“Chiropractic is the culmination of everything I wanted to do in order to best serve other people,” Dr. Lepretre says. “It’s a natural, hands-on method where the patient and I can set goals and see results.”

Dr. Lepretre has always worked in Houston, and he loves his current location. “We’re in the heart of one of Houston’s busiest areas,” he says. “It’s a great place to see as many people as possible and learn from new experiences.”

Dr. Lepretre says the one thing he always has in his refrigerator is craft beer. “Treating patients can be fulfilling, but it can take a lot out of you,” he says. “It’s a delicious way to de-stress.”

If he could dine with anyone, Dr. Lepretre says he would like to bring together comedians from different mediums, music, stand-up, movies, and television: Dav Avidan, Jerry Seinfeld, Paul Rudd, and Andy Samberg. “Putting a smile on someone’s face is an amazing feeling, and some light-hearted comedy can almost always lift the spirits,” he says. “Each of these individuals has come from no-name positions in life and built themselves up to the stars that they are now. Not only would the conversation be inspiring, but I’m sure it would leave me in stitches, as well.”

One of the most interesting things that Dr. Lepretre has done took place when he took a mission trip to Guatemala. “It was my first opportunity to travel out of the country,” he says. “I got to meet some amazing people, and I was able to see some amazing views. It was an amazing opportunity to help some well-deserving children at an orphanage while also getting a chance to try new foods and visit black sand beaches.”

Stars Based on 9 Reviews

Read what our amazing chiropractic patients have to say about our chiropractors and care at The Joint Chiropractic - Greater Hobby in Houston, TX

Chiropractic Care Takes the Stress Out of Your Days

By Donna StarkDid you begin a new job? Are your children's schedules busier than ever before? Do you have family coming to visit? No matter what the cause of your stress is, if you are feeling under pressure … 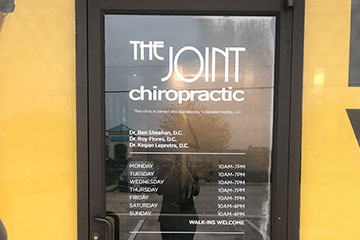 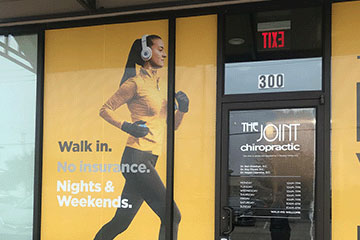 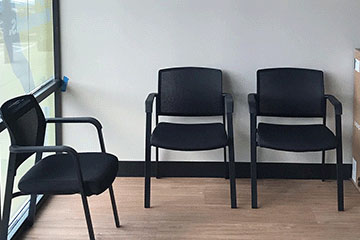 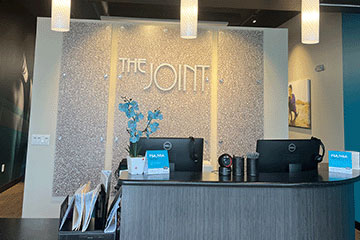 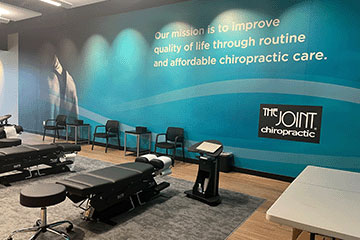 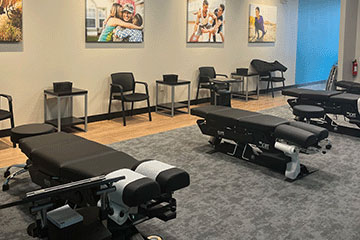 This clinic is owned and operated by TJ Greater Hobby, LLC