Welcome to The Joint Chiropractic - Ballantyne! As your Charlotte chiropractor dedicated to family chiropractic and spine health, we invite you to join the millions of Americans who have not only found relief from lower back pain, sciatica pain, and migraines, but also a pathway to wellness with chiropractic's natural, drug-free approach to healthcare.

How can chiropractors at The Joint Chiropractic in Charlotte help you?

Whether you have seen a chiropractor in the past or are seeking a local chiropractor near you for the first time, expect your visit to The Joint Chiropractic - Ballantyne to be different from any healthcare experience you've had before. Perhaps even life-changing.

Here are a few reasons why The Joint Chiropractic in Charlotte is your perfect destination for pain relief and preventative care:

So whatever “symptoms” you or your family may be experiencing, visit our Charlotte chiropractic office today to learn more about how you could improve your overall health and well-being. And remember, you never need an appointment to visit, so stop in when it is convenient for you. We look forward to seeing you soon!

Dr. John Bovard has been practicing Chiropractic in the south Charlotte and Fort Mill area ever since graduating from Logan Chiropractic College in 1996. He is originally from Minnesota and has lived in Iowa, Michigan and Missouri, before moving to the Carolinas. He received his undergraduate degree from Western Michigan University.

Dr. Bovard spent over a decade in private practice, before becoming the lead Chiropractor at one of the top integrated Chiropractic/Medical clinics in the Charlotte metro area. After eight years of integrative medicine, he made the decision to get back to his roots in natural health and healing by joining The Joint Chiropractic.

Dr. Bovard has been receiving chiropractic care since he was 5 years old. He doesn’t come from a family of chiropractors, however, he was raised in a family that believes that true health comes from good lifestyle choices, while keeping your body and nervous system functioning at its peak potential, through regular spinal adjustments. “It is my passion to help individuals achieve their health goals and live a more functional, active and pain-free life.”

Dr. Bovard enjoys spending his free time outdoors, either working in the yard or on a hike. He is a member and supporter of the Anne Springs Close Greenway, in Fort Mill, SC. He and his finance’, Kim, enjoy vacationing north of the border in Canada. They have been to Banff National Park, Quebec, St. Lawrence Seaway and as far as Alaska. While on a hike in Alaska, they met a couple who recognized Kim’s unmistakable North Carolina accent. That couple happened to be from Hickory, NC.

Dr. Bovard has a son in the MCJROTC at Nations Ford High School. His daughter runs track at Butler High School and is studying health sciences. Maybe she will follow in her dad’s footsteps.

Dr. Andrew Evec was raised in Louisiana, Missouri, a small town north of St. Louis. He attended University of Missouri and received a BS in Biology. His love for Mizzou football is still strongly present in the Carolinas. Dr. Evec went on to attend Logan Chiropractic College and received a BS in Human Biology and his Doctor of Chiropractic degree. After graduation, he headed to the Carolinas to pursue his dream to be a business owner and opened up his private clinic in Indian Trail, NC. He served the community of Indian Trail for 19 years. He enjoyed getting people out of pain and loved treating sports injuries. As a high school athlete himself, Dr. Evec, could relate being injured in sports and being on the side lines. He suffered neck pain and lower back pain from a hit in a football game, so his parents took him to several MD’s but nothing would help relieve his pain. Finally, they took him to a Chiropractor and after a few adjustments, he was pain free and could play football again. His team went on to win the State Title that year!

In 2018, Dr. Evec sold his private practice due to the increasing demands and lack of coverage with insurance companies. While pursuing other business options, Dr. Evec covered several Chiropractic offices and one was The Joint Chiropractic. He came home from filling in at The Joint and immediately told his wife, Sue, that they needed to look into opening up The Joint. He fell in love with The Joint model because he could still practice quality chiropractic care at an affordable price for patients without having to deal with the headaches of insurance companies.

Dr. Evec’s love of sports continues as he has coached baseball for his son, Chase, for many years. He loves family time, especially when its revolved around a sporting activity, such as golf, fishing and boating. But most of all his passion is to enjoy whatever his son, Chase, is into, while keeping him healthy with regular Chiropractic adjustments.

Read what our amazing chiropractic patients have to say about our chiropractors and care at The Joint Chiropractic - Ballantyne in Charlotte, NC

Take Chiropractic into the New Year

By Brandi Goodman Chiropractic care should be at the front of your New Year plans. The regular adjustments you receive do much more good than you may realize. Don't just go when you're experiencing a …

Chiropractic Care for the Athlete

By Donna StarkSports are important because they provide children and adults the opportunity to improve their physical and mental health. Sports help to keep the body active and engaged while enhancing …

Heavy Traffic May Do a Back In

By Tom HerrinIf anyone ever mentions back pain, the first thought that may come to mind could be some kind of accident.  Could be something at work, at the home, or in the car. Those are commonly … 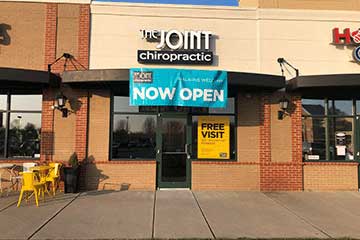 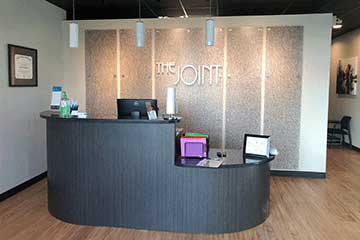 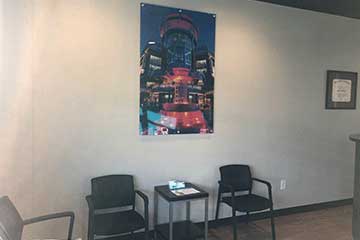 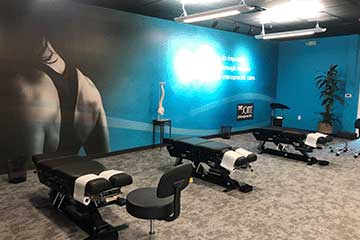 Healthy Greens Can Be Tasty (and Holiday Friendly)

By Sara Butler Are you ready to go green? We’re not talking about adjusting the type of car you drive …

This Is Why Babies Need Chiropractic Care