Welcome to The Joint Chiropractic - Rosenberg! As your Rosenberg chiropractor dedicated to family chiropractic and spine health, we invite you to join the millions of Americans who have not only found relief from lower back pain, sciatica pain, and migraines, but also a pathway to wellness with chiropractic's natural, drug-free approach to healthcare.

How can chiropractors at The Joint Chiropractic in Rosenberg help you?

Whether you have seen a chiropractor in the past or are seeking a local chiropractor near you for the first time, expect your visit to The Joint Chiropractic - Rosenberg to be different from any healthcare experience you've had before. Perhaps even life-changing.

Here are a few reasons why The Joint Chiropractic in Rosenberg is your perfect destination for pain relief and preventative care:

So whatever “symptoms” you or your family may be experiencing, visit our Rosenberg chiropractic office today to learn more about how you could improve your overall health and well-being. And remember, you never need an appointment to visit, so stop in when it is convenient for you. We look forward to seeing you soon!

Dr. Jonathan Jung earned his Doctor of Chiropractic Degree in 2016 from Texas Chiropractic College. Beforehand, Dr. Jung attended the University of Wisconsin and Arizona with an emphasis on physiology and ended up with a Bachelor of Science in Human Biology. His clinical rotations involved taking care of Rice University’s football team and helping the patients at the Bridge Over Troubled Waters.

Dr. Jung was born in “brew town” Milwaukee, WI. He has lived in Wisconsin, Arizona, Oregon, Florida, Texas, Mexico and Wales. He currently has chiropractic licenses in Texas and Florida in which he has practiced in both states before. Dr. Jung started working at The Joint in Katy, TX in 2016. Since then he has been the clinical director of several Joints as well as owning his own practice called “Limitless Health and Wellness”. Dr. Jung is the current running clinical director of the Rosenberg Joint.

“The best thing about being in chiropractic is when a patient has gone everywhere for their migraines, neck and back pain and then that patient comes to you as their last hope. The patient in a few months feels better than ever and they have suffered for years with these conditions. The second-best thing about chiropractic is being able to help as many people as possible with fascinating quick results.

When Dr. Jung is not working you will likely find him at the beach, attending a football game or concert, jogging out in nature or having a brew at a local microbrewery.

My wife Marjorie has her degree in Psychology from one of the best universities in Colombia, Pontifical Xavierian University. She is bilingual in Spanish and English and loves salsa dancing. We love nature and animals so in the future we will have a Golden Retriever and an English Bulldog from a rescue.

“I knew chiropractic was my calling after I had been in a horrible car accident having headaches every day. Out of several health care providers, chiropractic was what eliminated my everyday headaches which changed my career path from a Marine Biologist to a Chiropractor.”

“ The thing that I must have in my fridge which I currently don’t is a New Glarus Spotted Cow beer from New Glarus, Wisconsin. That beer is only sold in Wisconsin and it brings back memories of being at the frozen tundra being in a Green Bay Packers game at Lambeau Field.”

Four famous guests I would love to have at a dinner party would be Jesus Christ, Chris Cornell, John Petrucci, and Joe Satriani. What an amazing party that would be!

The coolest thing I ever did was go to Las Vegas for 4 days and did the following: Rode high speed go-karts, jumped out of a plane by the Hoover Dam skydiving, ate at several top notch all you can eat buffets and went to several high-end clubs and hotels.

Dr. Dingbo Shi recently earned his Doctor of Chiropractic degree in 2020 from Texas Chiropractic College. Prior, he earned his Bachelor of Science in Human Biology from the University of Texas at Austin. While at Texas Chiropractic College, Dr. Shi participated in rotations in neurosurgery, rotations within Pasadena Independent School District providing chiropractic care for student athletes within the area high schools, being an assistant to the attending clinician at the University of Houston-Clear Lake providing care to the faculty, staff, and students, as well as being a preceptor under attending clinicians at Moody Health Center helping guide and teach interns on the different aspects of patient care. He was born in China and moved to the United States when he was a baby. Dr. Shi is currently working at The Joint Chiropractic as of August 2020 and is currently at the Rosenberg location.

When not providing care, he enjoys spending time with his parents and pets. He enjoys recreational swimming and billiards, finding delicious places to eat in Houston, and traveling around the world to experience different cultures and cuisines. Some of his favorite vacations were Tokyo, Paris and Florence. He enjoys exploring different art museums and immersing himself in different styles and movements of the past.

Dr. Henson grew up not far from Rosenberg, in the small town of Boling, TX.

Prior to graduating from Texas Chiropractic College, Dr. Henson received his Bachelor’s degree in Athletic Training/Sports Medicine from Texas State University. After graduating, he worked at Houston Baptist University as an athletic trainer for the football and golf teams. After sending his athletes to the sports chiropractor downtown, he was able to see the outcomes that chiropractic care had on his athletes that were dealing with back pains and other issues. These outcomes intrigued Dr. Henson into researching more about chiropractic care and how it could benefit his athletes. Not long after, he made his way to a campus visit at Texas Chiropractic College in 2017, and is now a Doctor of Chiropractic in 2021.

One of Dr. Henson’s favorite things about chiropractic is that he gets to help and care for other people. That he loves getting to wake up each and every day knowing that he has been given the knowledge and ability to help people with their pain, whether it is physical or emotional. The best part of his day is to see a person that walked in with pain, walk out with a smile.

In his time off, Dr. Henson enjoys working out, whether it is at a CrossFit gym or the local gym like Texans Fit. Along with working out, he enjoys going mountain biking with his dog Oliver (Jack Russell Terrier). Recently, Dr. Henson has picked up boxing as his new hobby. While he does not have any children at this time, he considers his dog (Oliver) and his cockatiel (Penelope) to be his children.

Stars Based on 27 Reviews

Read what our amazing chiropractic patients have to say about our chiropractors and care at The Joint Chiropractic - Rosenberg in Rosenberg, TX

Your Holiday Date Nights to the Rescue

By Brandi Goodman The stress of the holiday season can quickly take its toll. It can also cause some struggles for a relationship. Plan a holiday date night and let it come to your rescue, giving you …

How Chiropractic Helps With Anxiety and Depression

Sticking to Your In-Home Exercise Plan

By Lexi HerrinEveryone has an immune system, and the higher functioning it is, the less likely you are to get sick. Some people may be more prone to getting sick because their immune system is compromised. …

By Tom HerrinOnce anyone decides it is time for them to get more serious about exercising, they need to plan to do it right.  While it should be focused on building a stronger body, a prime consideration …

By Donna StarkDo you find yourself constantly grabbing and massaging your upper shoulder and neck throughout the day? Are you suffering from unexplained headaches? How often are you taking pain medication … 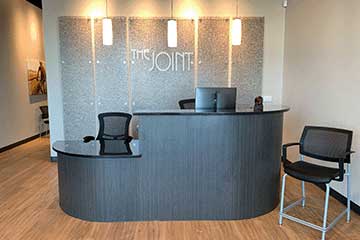 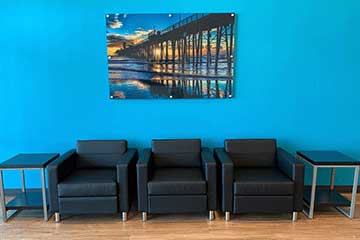 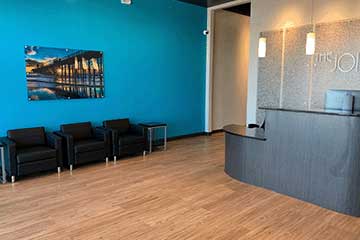 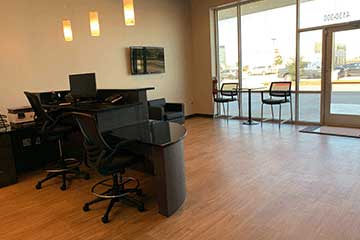 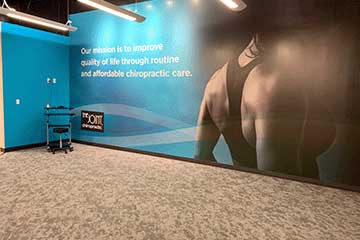 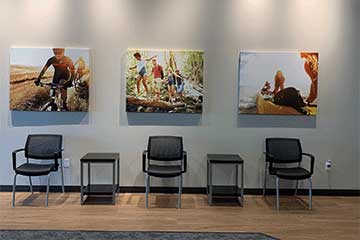 This clinic is owned and operated by The Guzel SV2, LLC

Breath, Body, Feet: Why You Stink and What You Can Do About It

How Your Nervous System Will Benefit From Certain Supplements

By Dr. Molly Casey The nervous system is the communication system of your body. You live your life and …