Welcome to The Joint Chiropractic - Mequon! As your Mequon chiropractor dedicated to family chiropractic and spine health, we invite you to join the millions of Americans who have not only found relief from lower back pain, sciatica pain, and migraines, but also a pathway to wellness with chiropractic's natural, drug-free approach to healthcare.

How can chiropractors at The Joint Chiropractic in Mequon help you?

Whether you have seen a chiropractor in the past or are seeking a local chiropractor near you for the first time, expect your visit to The Joint Chiropractic - Mequon to be different from any healthcare experience you've had before. Perhaps even life-changing.

Here are a few reasons why The Joint Chiropractic in Mequon is your perfect destination for pain relief and preventative care:

So whatever “symptoms” you or your family may be experiencing, visit our Mequon chiropractic office today to learn more about how you could improve your overall health and well-being. And remember, you never need an appointment to visit, so stop in when it is convenient for you. We look forward to seeing you soon!

Dr. Jenne Hohn is a recent graduate of Life University in Marietta, Georgia. She was inspired to select chiropractic as a second career after reaping the lifetime benefits of chiropractic care as a patient. Dr. Jenne was a successful event planner in the Napa Valley prior to chiropractic school.

Dr. Jenne has Wisconsin roots. She was raised in Cedarburg, WI. After attending the University of Wisconsin for two years, she transferred to Western Washington University where she received her degree in Production/Operations Management. She has lived all over the country but returned to Wisconsin in 2017 to take care of her father.

Dr. Jenne is actively engaged in community service. She is a member of the Thiensville-Mequon Rotary Club and serves on the Mequon Festivals Committee. She is also a coach for Special Olympics. Her hobbies include sailing, golf, and she was recently introduced to pickleball. She loves being outdoors, no matter what the season, and is happy to have returned to her home state of Wisconsin.

Dr. Shane Martin became part of The Joint Chiropractic’s team of local healthcare providers in 2020 when he began serving residents in the Milwaukee area, where he continues doing the work he finds so gratifying.

“The best thing about being in the chiropractic field is the freedom to treat patients the way I, myself, would prefer to be treated medically,” he says. “It’s gratifying to deliver patient care and treat the underlying cause of pain rather than mere symptoms.”

A former high school wrestler, Dr. Martin attended University of Wisconsin-Milwaukee, where he earned a bachelor’s degree in biology. He then went to National University of Health Science and earned his doctorate of chiropractic. He also has an associate degree in Biblical Studies from Tribes Bible Institute.

He worked previously, in Lombard, Ill. Dr. Martin has been active in various communities with the Salvation Army soup kitchen, Bread of Healing free clinic, and teaching English as a second language.

Dr. Martin says the one thing he always keeps in his kitchen is Dr. Berg’s Wheat Grass Powder: “One teaspoon is equals to three cups of vegetables!”

If he could bring together any four people from history for the dinner party of his dreams, he would include Jesus, Socrates, Gandhi, and evangelist Dr. Myles Munroe.”These are four phenomenal leaders and I have a lot to learn from all four,” he says.

As an outdoorsman, Dr. Martin once hiked the tallest mountain on the Phillipine island of Luzon with his father: “I was about 10 years old and once you passed the tree line and hiked to the summit you could see for miles in every direction.” 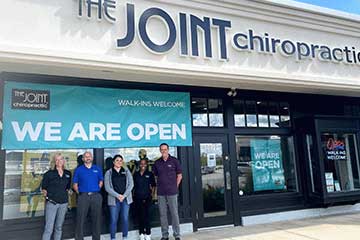 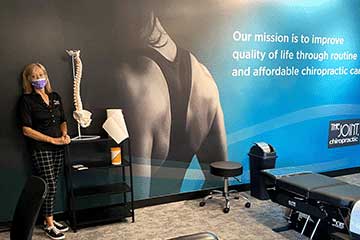 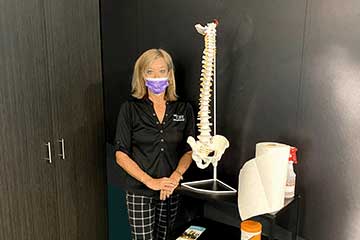 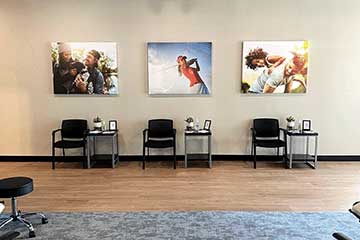 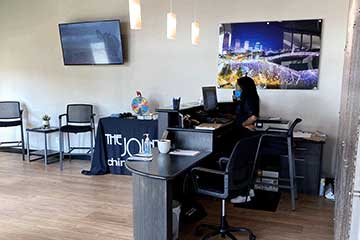 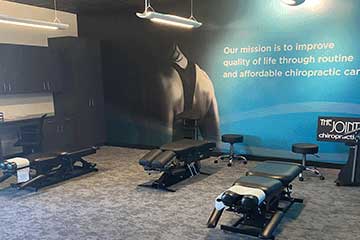 This clinic is owned and operated by Got Your Back, LLC

Actions and Appetite: Natural Ways to Suppress the Urge to Eat

Here’s the Bitter Truth About a Popular American Sweetener

By Sara Butler It’s harvest time in some parts of the country. And a lot of that harvest includes …

Superfruits Are Super Good in a Balanced and Healthy Diet

By Dr. Molly Casey It seems there are endless ideologies with regard to food and diets. I don’t know …