Dying for Dollars: Who’s Getting Rich from Opioid Abuse? 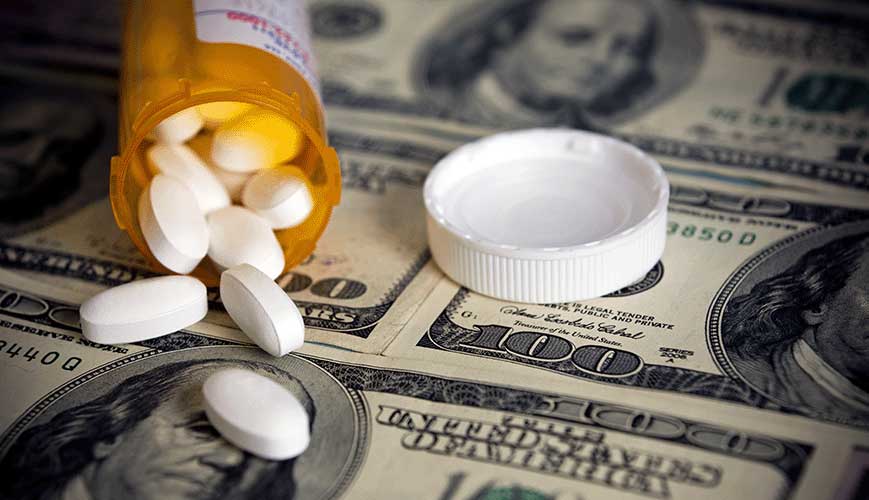 After 50 years of reversing the cigarette smoking stronghold by taxation, regulation and exposing the deceptive practices of prospering tobacco companies, it finally felt like we’d “come a long way, baby.” But today, Americans face another addiction problem: opioids.

Is it possible that, like nicotine addiction, which was driven less by glamorous images of silver screen idols and more by big tobacco, opioid abuse is fueled by the same almighty dollar? Some authorities are saying, “Show me the money!”


There are nearly 50,000 deaths from drug overdosing annually, and more than half of those deaths are due to opioid use, says the American Society of Addiction Medicine. The vast majority of those are prescription pain relievers. The Centers for Disease Control says the opioid prescribing rate in the United States in 2016 was 66.5 prescriptions per 100 people.

An article in The Atlantic suggests that pharmaceutical companies have marketed opioids without making clear the problems of addiction. And some say they should even pay for it. A large civil litigation settlement in 1998 made the tobacco industry help states pay for public health programs and anti-smoking campaigns.

DeWine filed a lawsuit accusing the companies of spending millions on marketing campaigns that “trivialize the risks of opioids while overstating the benefits of using them for chronic pain,” the article says. “The companies, the lawsuit alleges, lobbied doctors to influence their opinions about the safety of opioids.”

It was OxyContin that put the Sackler family on Forbes Magazine’s America’s Richest Families list in 2015. The owners of Purdue Pharma grossed more than $35 billion in two decades, partly by marketing oxycodone as a non-addictive painkiller, according to an article in Forbes. Three Sackler brothers, all psychiatrists, took a small company in 1952 from peddling drug store products to a $1.5 billion-a-year industry leader by 2002. When the true properties of OxyContin became clear, the Justice Department went after the company, costing them $635 million for false marketing.

Missouri Attorney General Josh Hawley sued Purdue Pharma and other pharmaceutical companies for Medicare fraud and violation of the state’s consumer protection statutes, according to Newsweek. Hawley says the companies contributed to deaths by misleading doctors about the highly addictive nature and life-threatening side effects of the drugs they sold.

“These companies knew that the drugs they sell and market are highly addictive, even life-threatening, if misused. And yet they have engaged in a deliberate campaign of fraud to convince Missouri doctors and Missouri consumers otherwise,” Hawley says. “They used bogus front organizations and fake research; they used fraudulent advertising and deceptive trade practices.”

Sometimes it’s the prescribing physicians who are held accountable for the addiction numbers. A pain management specialist in New York ran a “pill mill,” selling nearly 4 million opioid drugs to fake patients. According to Newsweek, Dr. David Taylor allegedly traded prescriptions for oxycodone and Xanax in exchange for money and sometimes for single malt whiskey. A doctor in Massachusetts lost his medical license and was sent to jail for 2 1/2 years for illegally prescribing opioids to patients; a 74-year-old general practice physician, Dr. Fernando Jayma prescribed fentanyl, oxycodone, morphine and methadone for no medical purpose and, at times, to patients who had histories of substance abuse.

Luckily, patients who want to circumvent the risks of addiction have many other choices for pain management. Chiropractic care is one viable alternative that offers drug-free medical treatment for millions of Americans battling conditions such as chronic pain.

Seeing a chiropractor before developing a reliance on opioids and the accompanying side effects can be an effective -- even life-saving -- alternative to less healthy treatment options. After an initial visit to diagnose the cause of the injury, illness or condition, a schedule of regular visits enables a patient to monitor progress in managing pain.

In addition to office visits, there are treatment options at home for contributing to a reduction in pain. Online medical newsletter Healthline has an article suggesting the use of natural painkillers, including:

Creating public awareness of alternatives instead of consuming large quantities of addictive painkillers for routine procedures would be ideal. Perhaps government should use the stars of prescription opioid-related deaths to make their point; Elvis, Prince, and Heath Ledger create a star-studded lineup, but unlike the movies, their deaths are real. And hopefully, unlike tobacco, it won’t take a half-century to reach a reasonably happy ending.

Sore Shoulder? Lean on Your Chiropractor for Help

By Dr. Molly Casey The shoulder joint can be a source of pain, and an injury can limit your daily activities …

Boredom or Benefit? The Effect of Downtime on Your Health

By Martha Michael Repeated yawning, hours in front of the TV, and sleeping ‘til noon may look like …

How to Cultivate Good Health in a Garden State

By Sara Butler April is National Lawn and Garden Month, which makes a lot of sense. In most places around …