The Skinny on Soda: Is It Really That Bad? 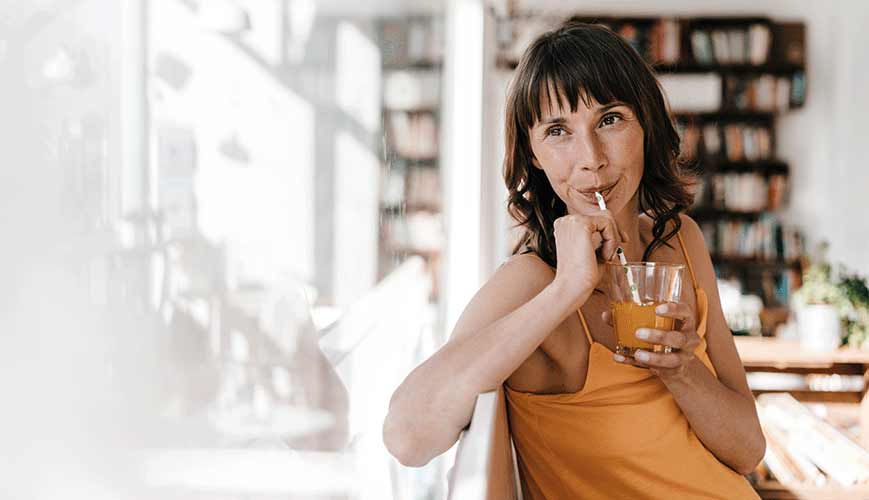 “Open happiness.” “Only Sprite.” “You got the right one, baby.” Any of these sound a little familiar? These are among the most famous soda slogans in recent memory. As a society who loves the bubbly sweetness that flows from an open can, we’re all too eager to consume a little energy in a bottle. The truth is that marketing for soda consumption began a long time ago. The commercials were fun and memorable. The taste was always described as refreshing or thirst quenching. And it was always endorsed by the hottest movie star or athlete of the moment. Soda marketing is still a thing. Just watch the Super Bowl and count the ads. It’s a product loved by the masses and a total goldmine for soda companies. Win-win -- right? If only it were that simple.

Though you’d never know it through marketing, the truth is that soda consumption is on the decline. Even though soda was once marketed as a good straight-in-the-bottle choice for babies (seriously, check out the ad), we now know that soda may not actually be the best choice. But even with more knowledge and a slow decline, consumption is still enough (13 billion gallons per year in America) to drive the market. Why?

Like any other product on the market, many people still wonder: Is it really that bad? Most people have been drinking soda since childhood, and their parents also drank soda, as did their grandparents. It’s not cigarettes. It’s not drugs. It’s not alcohol. How bad could it be? The facts are complicated. If you like to enjoy a morning Pepsi or an afternoon Dr. Pepper, take a look at the rundown on the effects of keeping soda as a staple in your diet.

What’s the Consensus on Consumption?

If we’re being honest with ourselves, that’s quite a list of reasons to skip soda. For many, it’s enough to make the switch to water or tea or other healthier options. But before we completely bash your favorite product, soda might have one redeeming quality: For many, it’s simply the lesser of two or more evils.

Sure, soda is bad for you. But if you’re trying to stop drinking energy drinks, then soda is the better choice. If you’re a former addict who has given up drugs or alcohol, by all means, drink the soda. The key is to be smart. If you can cut back or give it up, do it. You’ll boost your health and probably feel better too.

Soda really is bad for your health whether it’s a cola or uncola. Is it the worst thing in the world? No. Should it be in your diet? Also no. It doesn’t bring any advantages to the average person and, in fact, only brings potential harm. Limit the soda in your life and you’ll probably find that Coca-Cola was right -- ”Life tastes good.”

The Body’s Major Systems and the Path to Great Health: Part 1, Systems

By Dr. Molly Casey Whether you live the urban or rural life, you’re probably aware that different …